By clicking the "Confirm" button you will exit your profile. You will always be able to log in again to view your cart and favorite products. 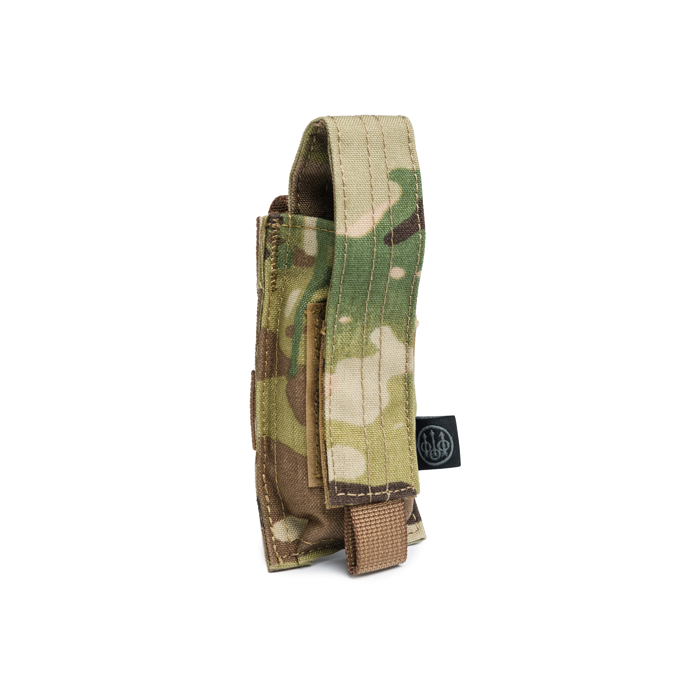 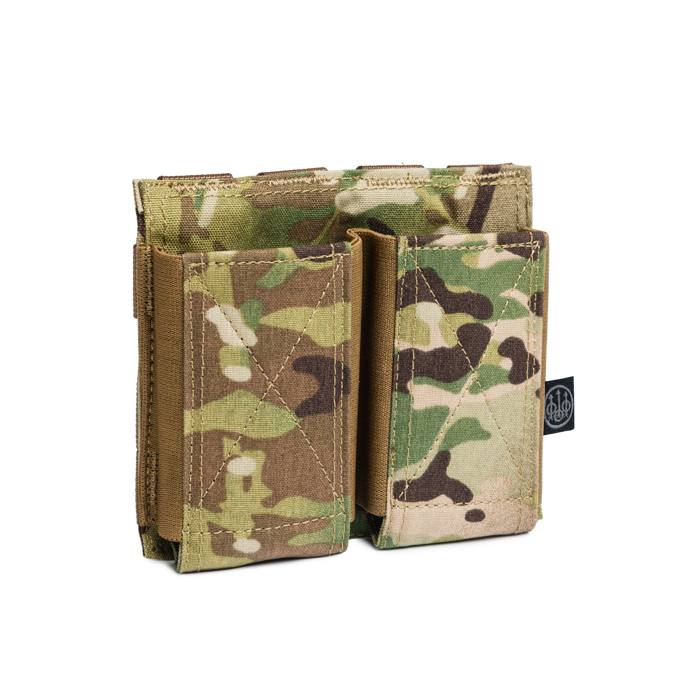 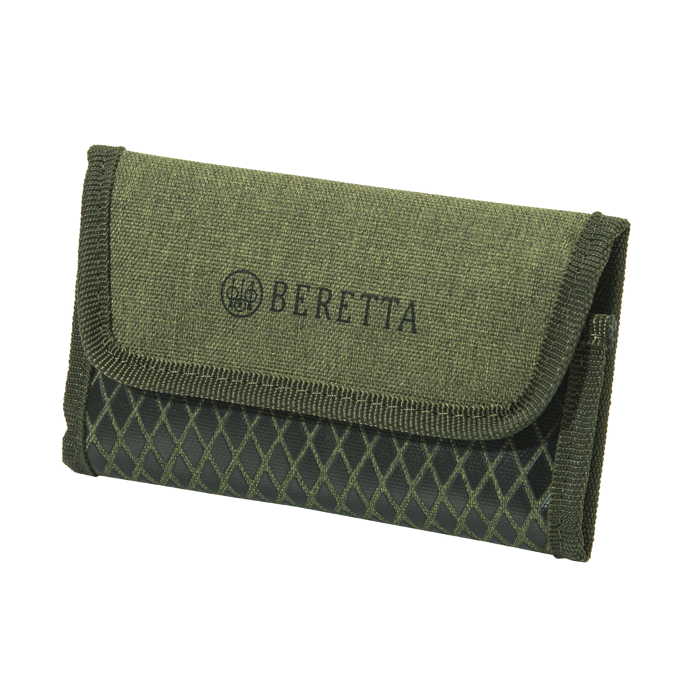 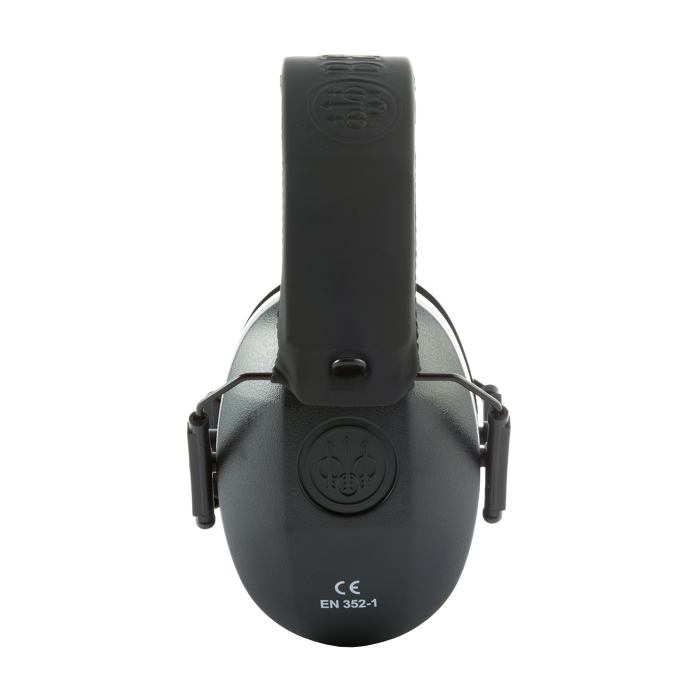 Here we present a brief introduction to Beretta Choke Tubes Families and markings.

Every shotgun has a different type (Family) of barrels, and every barrel is only compatible with chokes made specifically for its Family.

Every choke tube is identified by markings pointing to its Family and constriction.

Introduced in the mid 1980's the Mobilchoke tube system was first available for the model S687L over and under and later carried through virtually every model of fixed breech and semi-automatic shotgun. At this time the Mobilechoke is the only choke tube system adapted by Beretta to 12, 20, 28 gauge and .410.  The Mobilchoke system continues to be the mainstay of the 680 series field grade over and under shotguns.

The following pertains specifically to 12 gauge Mobilchoke tubes. While the dimensions noted will vary for the Mobilchokes in 20 gauge, 28 gauge and .410 gauge tubes, identification is very much self evident.

Barrels that use the Mobilchoke will typically be marked only with the gauge marking.

Mobilchoke choke tubes will be marked PB or ST and the degree of choke. If the choke tube is steel shot compatible it will also be marked SP .

The start of the threaded portion of the 12 gauge Mobilchoke tube is located a nominal 41.5 mm (1.63 inch) from the breech end of the choke tube.

In the year 2000 Beretta introduced the 12-gauge Optima Bore barrel design into some of our competition shotguns. This new barrel utilized a larger internal bore dimension known to some as “back-boring” and required a new choke tube design to give the proper constrictions. The Optima barrels can be identified by locating the letters “OB” stamped next to the barrel gauge stamp. Barrels marked with the "OB" stamp will use the  Optima-Choke system. This design  features a longer internal transition taper into the choke constriction, making the overall length of this tube longer than the original Mobilchoke tube.

Barrels that use the Optima-Choke will typically be marked OB  immediately adjacent to the gauge marking.

The start of the threaded portion of the Optima-Choke tube is located a nominal 50.78 mm (2.00 inch) from the breech end of the choke tube.

At this time the Optima-Bore/Optima-Choke system is typically used on competition 391 series semi-automatic, 680 series over and under shotguns and Teknys Gold series only in the 391 Urika2 field guns.

With the introduction of the model 391 Xtrema shotguns in 2003 the Optima barrel configuration was added into the 391 12-gauge line of field shotguns. In order to handle a higher volume of steel shot shells used in field hunting, the Optima-Choke tube was revised and manufactured with a thicker wall size. This revised choke tube was named the Optima-Choke Plus and featured the same Optima-Choke internal dimensions and performance but has a larger outside diameter and revised thread location.

The start of the threaded portion of the Optima-Choke Plus tube is located a nominal 41.9mm (1.64 inch) from the breech end of the choke tube.

At this time the Optima-Choke Plus  system is typically used on the Xtrema, Xtrema2 semi-automatic field guns and 471 Silver Hawk side by side shotguns (12 Ga.).

With the introduction of the SV-10 Perennia and Prevail series over and under shotguns in 2008 a third Optima-Bore choke configuration was added, the Optima-Choke HP.  As noted above under the Optima-Choke Plus section, the extended use of high performance steel and metal alloy non-toxic shot imparts considerable stresses. In the case of the Optima-Choke Plus part of the solution was to use a choke tube design offering a thicker choke tube wall to better resist these forces. This in turn results in a heavier, larger diameter barrel.

One of the principal objectives in designing the Optima-Choke HP (OB HP) system was to develop a choke tube system that would withstand the rigors of the extended use of heavy payloads of steel/metal alloy shot while being able to retain the weight saving and handling characteristics of the lighter Optima-Choke barrel contour. To accomplish this Beretta engineers designed a choke system locating the threaded portion of tube a nominal 10 mm (.394 inch) further to the rear of the muzzle end of the tube then found on the Optima-Choke system. This effectively created an increase in wall thickness at the muzzle end of the choke tube where the greatest degree of choke constriction typically occurs and stresses are the highest without having to use the larger barrel contour.

Barrels that use the Optima-Choke HP will be marked OB HP immediately adjacent to the gauge marking.

The start of the threaded portion of the Optima-Choke-HP tube is located a nominal 40 mm (1.57 inch) from the breech end of the choke tube.

At this time the Optima-Choke HP system is typically used on the SV-10 Perennia and Prevail series, DT11 and Ultraleggero over and under and the UGB 25 Gold Sporting, A400 Xplor Action and Xtreme Plus semi-automatic shotgun.

Each of the above choke tube types is designed for use with a specific type barrel and as such features different thread locations and external measurements, none can be interchanged with the other Beretta choke types. Every Beretta choke tube has information engraved on the tube to identifying the manufacturer (PB), the constriction (F, IM, M,  IC, CYL), the approval for steel shot use (SP) and the choke type (Optima-Choke, Optima-Choke Plus, Optima-Choke HP)

Within each of the three choke types we offer different variations of length and finish. The length variations available for each type is flush fit or extended choke tubes. Most field shotguns are equipped with flush chokes. Sporting and skeet shotguns will be equipped with extended tubes. The Beretta factory may supply trap guns with either choke variation as determined. Within the extended choke variations we offer two finishes. Since the extended chokes are exposed past the shotgun muzzle we offer choke tubes with a black non-reflective finish for hunters.  A bright finish tube with colored bands is offered for competitive shooters, this band allows easy identification of the tube constriction.

It should be mentioned that two other choke types saw a limited use. Supplied with some Beretta A302 and A303 models shotguns was an early version of the Mobilchoke where the tube body was not threaded but smooth. This type tube was dropped into the muzzle end of the barrel and secured by collar threaded onto the barrel muzzle. This tube type is no longer available from Beretta. The second type was offered on an early version of the DT-10 shotgun made specifically for trap, this shotgun was known as the Vandalia model. These tubes are similar in size to the Optima choke flush tube but are not interchangeable with them. We still carry replacement tubes for this specific model.

Identifying Which Choke Comes with Our Shotguns:

The following summary is used to decode the listings supplied in our product catalog specification charts:

Please note that the OBF code is used for both Optima-Choke and Optima-Choke Plus tubes. *OCF is the exception to the rule previously listed under the Optima-Choke Plus heading, the 471 Silver Hawk shotguns are considered field models but utilize the Optima-Choke tube. These codes do not indicate if the supplied choke is flush or extended. If the listing is shown as IC/IM this indicates that the choke constriction is fixed at these values, the barrel does not use choke tubes.

NOTE: Markings may vary based on type of choke tube 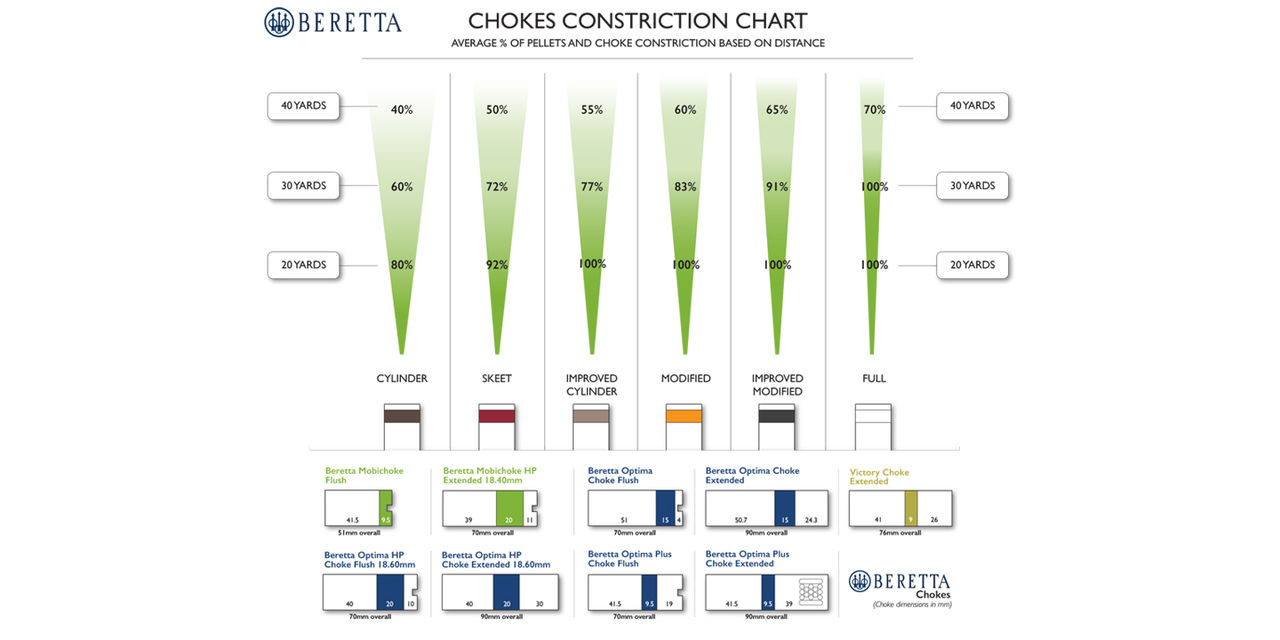 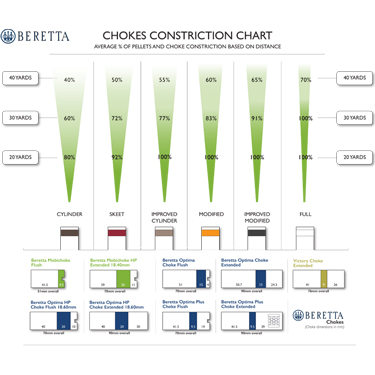